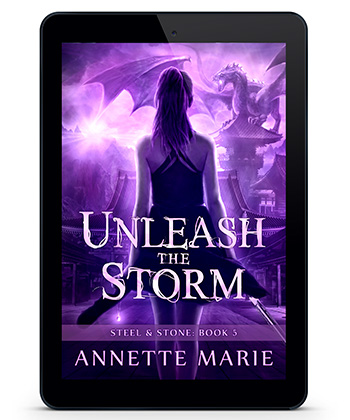 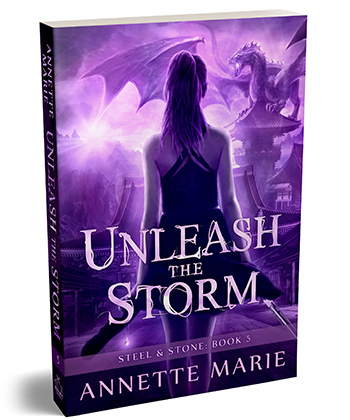 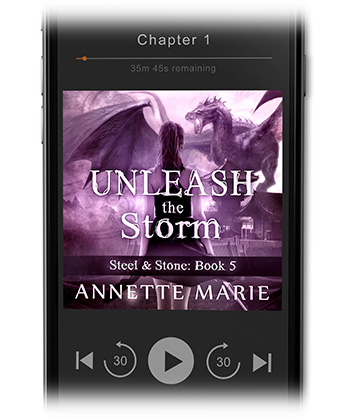 In Unleash the Storm, the epic conclusion to best-selling YA fantasy Steel & Stone series, Piper will venture across worlds in a desperate attempt to save them—and her loved ones.

She was wrong, and her mistakes were paid for in blood.

Leaving her world—and her failures—behind, she retreats to the Underworld with Ash and the other draconians. They forge deep into long-abandoned mountains, the first draconians to fly the valleys and passes in centuries—or so they thought. Until now, Ash's mysterious heritage has been nothing but a name, but his presence does not go unnoticed. A new danger stalks him, one that may be even greater than what they escaped.

Cut off from the power she'd come to rely on and lost in a world where she doesn't belong, Piper has never felt so hopeless. But she must find her strength, and find it quickly, before she loses Ash to an ancient power he can't fight, before her home is devastated by the daemon war, and before her mind, body, and soul are consumed by the Sahar's insidious magic.