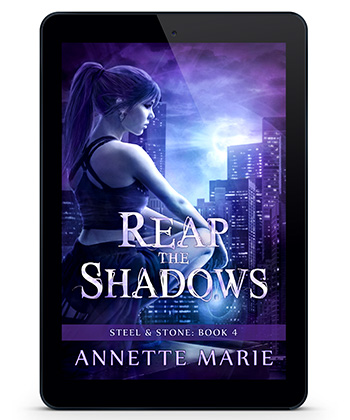 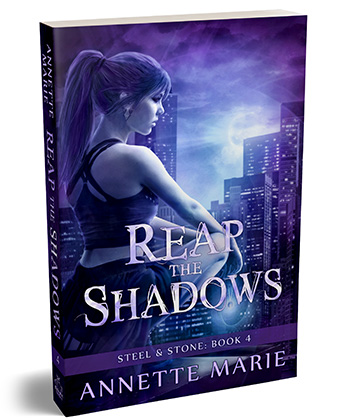 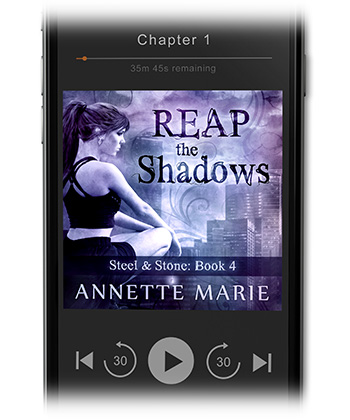 In Reap the Shadows, the fourth book in YA fantasy series Steel & Stone, Piper will meet the dangers of the coming human/daemon war head on—but is she ready?

Piper is feeling a bit overwhelmed. With Seiya and Lyre missing, Ash recovering from near fatal injuries, and the Gaians picking fights with daemons all over the city, a girl can't help but think she might be in over her head. And this time, she's on her own.

Before she even has a chance to investigate the Gaians' new stockpile of mysterious, high-tech weaponry, an old enemy ambushes her: Samael's henchman Raum. He wants Ash's help and won't take "get lost" for an answer. She doesn't know if she can trust Raum, but even more than that, she can't trust herself with Ash. Sooner or later he'll catch up to her, and she fears she won't be able to walk away from him a second time.

Despite her feelings, it will take their combined strength to face a frightening discovery about the Gaians. She and Ash begin to realize that the daemon war is coming to Earth, and they might be the only ones who can stop it—if it's not already too late.