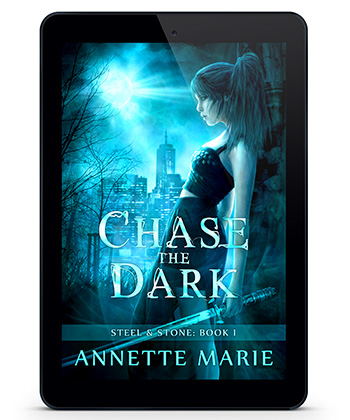 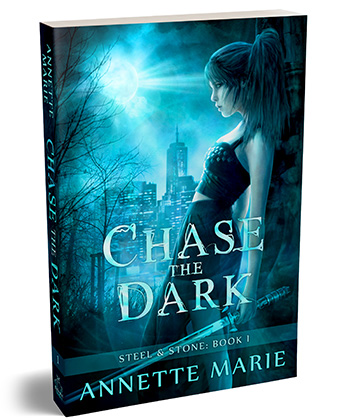 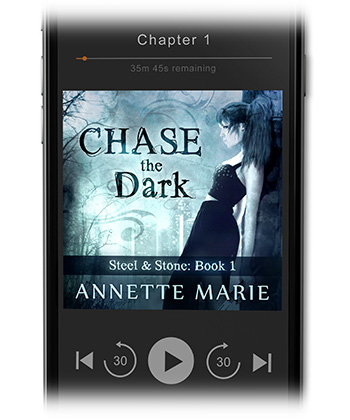 Annette Marie’s best-selling debut Chase the Dark opens an epic YA UF adventure spanning six books, with vivid characters that have imprinted on the hearts of fans.

Piper Griffiths wants one thing in life: to become a Consul, a keeper of the peace between humans and daemons. There are three obstacles in her way.

The first is Lyre. Incubus. Hotter than hell and with a wicked streak to match. His greatest mission in life is to annoy the crap out of her, but he isn't as harmless as he seems. The second is Ash. Draconian. Powerful. Dangerous. He knows too much and reveals nothing. Also, disturbingly attractive—and scary. Did she mention scary?

The third is the Sahar Stone. Top secret magical weapon of mass destruction. Previously hidden in her Consulate until thieves broke in, went on a murder spree, and disappeared with the weapon.

And they left Piper to take the fall for their crimes.

Now she's on the run, her dreams of becoming a Consul shattered and every daemon in the city gunning to kill her. She's dead on her own, but there's no one she can trust—no one except two entirely untrustworthy daemons . . . See problems one and two.